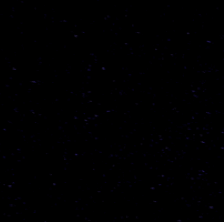 “Our racially violent patterns will not break if white people do not give something up.” – Emily Volz

That sentence cut me like a knife this week when I read it. As I watch White people fumble around trying to grapple with the depth of institutionalized racism in this country, myself included… I’m feeling a lot of emotions.

I ask myself, “Why did it take such a horrifying murder to rip the scales off of our eyes to see this level of injustice in this way?” As I scour for books and blogs and people to read and learn from, I can’t help but notice the dates on the posts.

These people have been laboring for this cause way before the world was paying this level of attention, and how it must feel like a slap in the face that now all of a sudden… when the country is doing everything it can to prove their non-racism… that it’s trendy to be anti-racist. That’s what my sister said to me the other day. It’s trendy and that feels horrifying in and of itself.

That probably is igniting more anger and outrage and trauma among Black people because it feels like when business brand and reputation is at stake, now everyone cares. Fuck off is what I’d say if I were them. That anger is 100% justified.

It’s hard to figure out who’s just saving face and who is really waking up. I’d argue you probably aren’t going to always be able to tell right now, now while emotions are still so hot. It won’t become obvious until the news cycle passes, and the people who are doing the work will continue to, and the ones who weathered the impossibly charged emotional storm – get to go back to being comfortable.

But back to that first quote above.

Dismantling racism will come at a cost. A cost of power, of wealth, of opportunity. As long as there is a hierarchy designed to keep White people at the top, there will be a fight to redistribute that equity.  It demands it. And the ones who will fight the hardest to stay at the top are White people. Which means the only way it changes is if enough White people get disgusted enough at the injustice to dismantle it.

The realization is that in order to move against that tide, the individual work each of us must do will be costly, uncomfortable, and will change our way of seeing the world forever.

For those of you who paralyzed with what to say and do, I offer you this.

That fear is driving you to:

And no matter how you choose to respond, you’re not going to get it right. But if you’re okay with that, then facing that fear head on might actually bring you the real freedom you need. I’ve learned that when I am in pain, I have to be careful not to solve the problem because I simply want the pain to go away. Sit with your pain, and see what it teaches you.

I’m grieving my ignorance. I’m angry that it took so much for me to see it.

White people are going to have to give something up. It’s true.

The first thing is your moral high ground. And when you do, when you stop fighting against the fear of being misunderstood or labeled, you’ll actually be able to get to work.

I gave up the fear of being racist + privileged because I am. And trying to avoid it only distracts me from the work God is asking me to do.

The amount of grace and compassion shown to me this week by Black people can only be described as a God experience. I feel Jesus in their responses. Helpful. Generous. Patient. Even in the midst of their own pain. I thank you for showing me something you didn’t have to show me. Something that wasn’t your responsibility to do but you did anyway.

There is freedom from fear when you stop running from the truth. Give up the fear. The moral high ground. The worry that you’ll get it wrong. That’s not the point. You’ll get it wrong and when you’re really free, you’ll be okay because you know that’s part of the work.

Grace and peace. This song is on repeat in my office as I pray for this broken country that Jesus would bring righteous redemption, justice, and healing in our land. We need it so badly. I pray it over every man, woman, and child standing for justice. May His favor be upon you.